Hello folks!  Here are some of my latest pieces.  They are a series of traditional British pies, those shown are eel pie, game pie, stargazey pie, hare pie, Yorkshire christmas pie and blackbird pie (as in, the pie containing four and twenty blackbirds from the popular nursery rhyme).  I really enjoyed making these and hope you like them just as much.  Peace out! 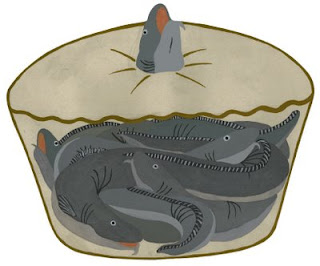 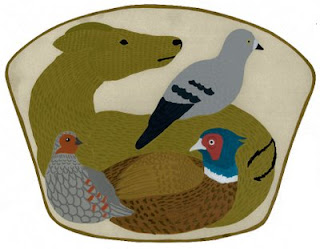 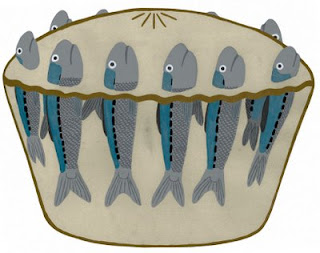 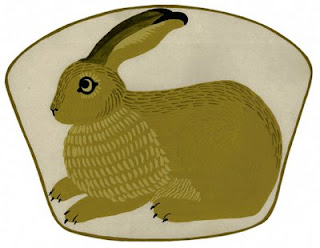 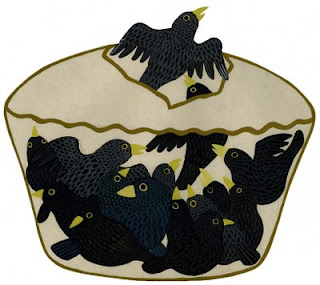 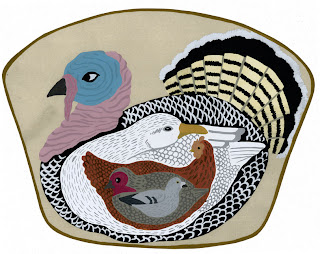 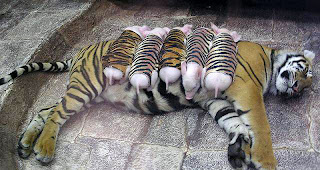 And yes, if you're wondering the piglets are wearing teeny little tigerskin coats.  The backstory turns out to be rather more sinister, apparently they were introduced to their surrogate mother as part of a publicity stunt at a zoo in Thailand where they also force the animals to do circus performances.  Surprisingly, tigresses often adopt orphaned piglets, and sows likewise adopt tiger cubs.  You can read the full article here.
Posted by Emma Cowley 2 comments:

So this is the last of my bird drawings to put up on here.  Well for now, anyway.  These were executed in pen and ink.  The idea was for them to be like old fashioned vignettes, to go on the inside of the bird Christmas cards (if you remember those... they're almost finished and will be up on here soon.)  Sadly they didn't quite fit with the card design, but since I liked them for what they are, I thought I'd put them up on here anyway.  Enjoy. 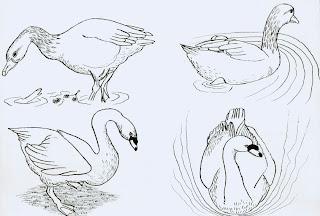 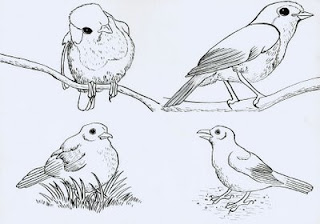 Hello folks!  Here's yet another installment of my bird drawings.  Only a few more to put up on here, woo!  These were drawn from stuffed swans at the natural history museum.  Loads of mums were looking at them with their kids saying 'ooh, look at the lovely swans and the cygnets, aren't they cute.'  The fact that the mother bird and her offspring were killed and stuffed to be put in a museum where human mothers and children could view them makes the whole situation rather sinister, in my opinion.  But then, if they weren't there I wouldn't be able to draw a swan at close quarters.  Oh well, swings and roundabouts. 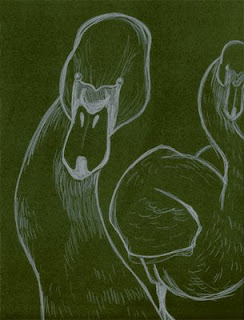 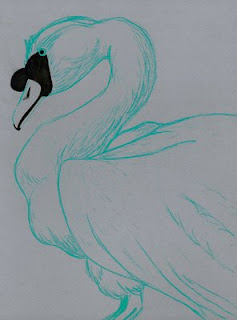 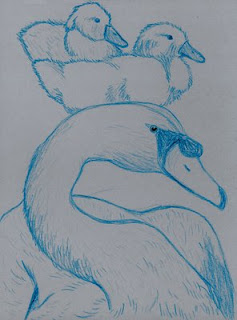 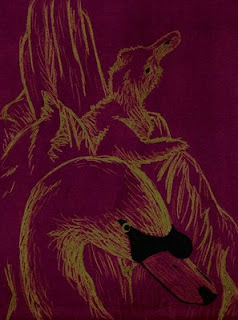 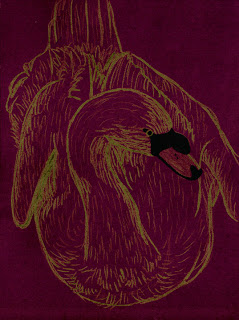 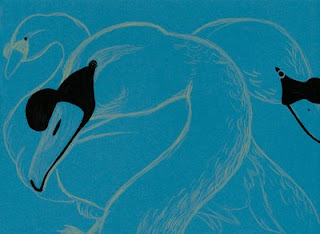 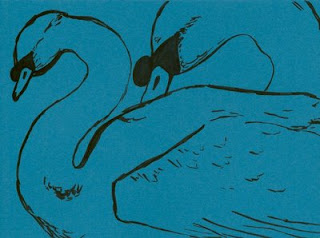 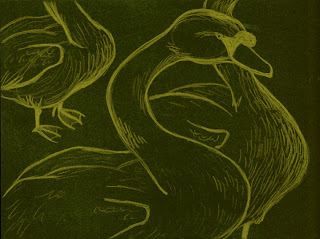