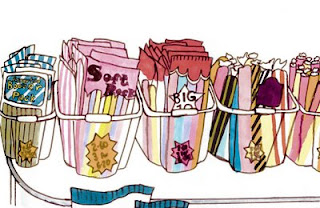 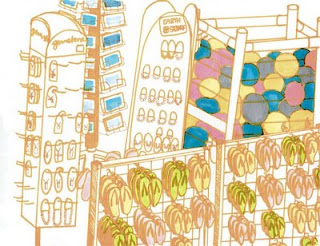 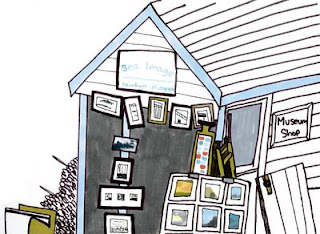 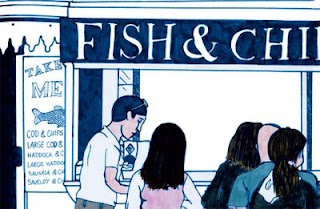 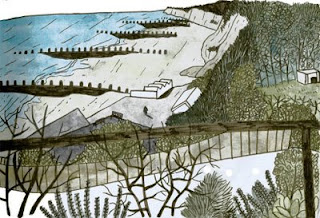 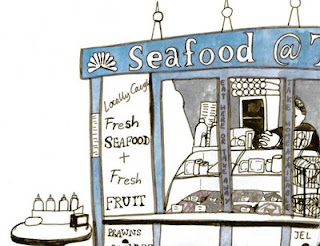 Allo folks, it's been a little while!  I banned myself from the internet for a few days so I could get my work for the final hand in finished, hence the silence.  Now, I don't really know what to do with myself!  So here are the six best location drawings for my seaside project.  I popped these in my portfolio as reportage illustration, which always seems really fun to me (you get to travel to places and do drawings?  Brilliant!  Anyway hope y'all enjoy the pics, stay cool!
Posted by Emma Cowley 3 comments:

My pork postcards arrived today!
I was naturally very excited to see them all printed up, three of the designs look really lovely.  However I'm not so convinced by the two on the bottom row.  The chap (the round thing on the right) will have to be done again because it looks hideous.  I'm also not convinced by the colour of the pig trotter on the left, its pretty... luminous, ugh.  My boyfriend has spent the evening trying to convince me that it's fine but I'm not so sure.
I might alter both, send them off and pray they turn out better.  I'm interested to know what other people reckon, since it's often hard to see the wood for the trees in these cases.  Thoughts, anyone? 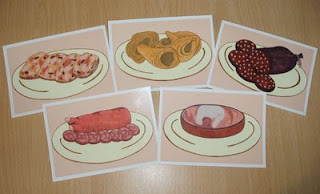 P.S. My unreserved thanks to Vinesh, who helped me sort the mini-profile bit in the followers list so that people can actually GET to my blog (yes, I am a bit of a noob at this, please excuse my ignorance).
You can check out his stuff at http://vybeink.blogspot.com
Posted by Emma Cowley 5 comments:

Oh I do like to be beside the seaside...

Well, I'm back in London after a bracing trip to the seaside at Eastbourne!  I stayed there with my good friend Sarah and her mum, who knew all the best places to see and eat (yes, fish and chips are compulsory during such visits).  Below are a few photos and drawings of the place.
This is a continuation of a project I'm working on at the moment about British seaside towns.  This will be my last seaside trip for a little while but I intend to continue the project for some time, and go to different areas of the coast.  As well as Eastbourne I've been to Worthing and Brighton; I find it surprising how different such towns can be from each other. 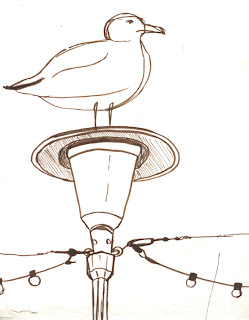 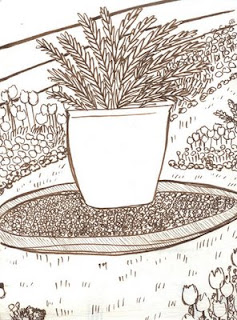 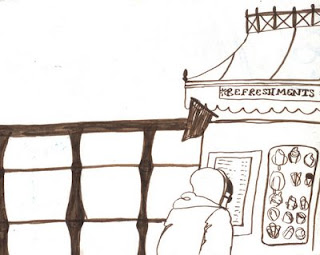 And here's a few choice photographs as well. 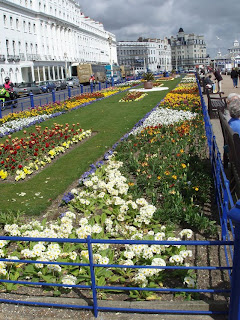 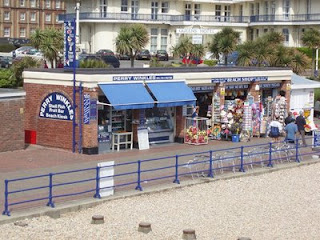 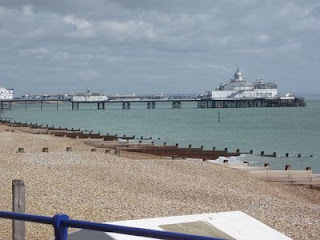 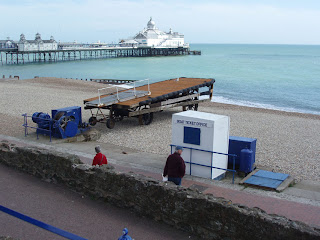 Wow, long time no post!  This last week or so has been a bit mental, not least because of printer ink issues (I'm sure Che, Vin et al will sympathise).  I also went to a friend's wedding party this weekend, which was wonderful.  They have the most adorable daughter you have ever seen, and I was able to catch up with a whole bunch of people I've not seen in a long time.
Anyway, after a restful weekend I felt inspired to finish off these pictures, which are of traditional British pork dishes.  In England these is an expression that every part of the pig 'besides the squeak' can be used; these images illustrate that fact.  After this I'm going to send these off to be made into postcards - if I'm ever organised enough to sort my etsy shop they'll turn up on there I expect! 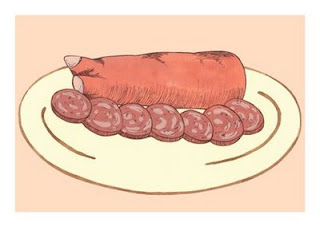 CRUBEENS - Pig's trotters served as food.  These are a traditional Irish pub dish, where they are often accompanied by stout and soda bread. 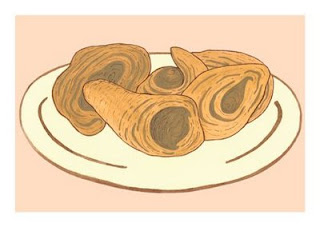 CHITTERLINGS - Fried, roasted or stewed pig's intestines.  This dish is of medieval origin; 'chitterling' is the Old English word for a pig's small intestine. 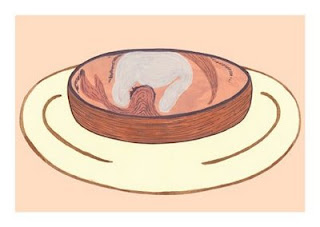 BATH CHAP - The cheek and lower jaw of the pig when salted, cooked and rolled into a cylinder.  This dish originates from the city of Bath. 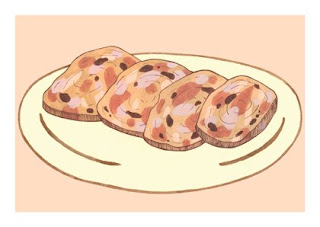 BRAWN - Pig's head meat in seasoned jelly.  Such head jellies have been produced since the middle-ages, when it was a popular peasant food. 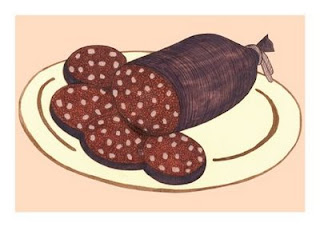 BLACK PUDDING - A sausage made by cooking pig's blood with fillers such as oatmeal, bread or barley until it is think enough to congeal.